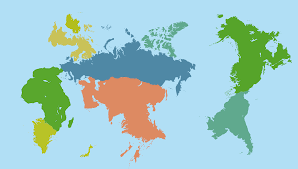 If someone told you that one day you and your husband would come to the conclusion that to live in two different countries, neither of which to be your home country would in actual fact be the best solution for your family.

Who in their right mind would leave England, Ireland, Scotland or Wales, and come up with the plan that hubby will head off and work in Cairo or somewhere and that she, along with their three kids, would live in a place like Doha, for example.  First things first, Cairo is in Egypt and Doha is in Qatar.  Egypt and Qatar are two separate countries. Egypt and Qatar are not particularly geographically close. Neither are they economically or emotionally close.   There is absolutely no logical reason why two people would leave Cork, Edinburgh or Manchester, set off to emigrate with their kids to make a better life for themselves in two separate countries such as Egypt and Qatar, yet somehow, after a few years of expat living, this arrangement seems ideal.

That is what happens when you become an expat. Take all you have learned up to that point, bung it all into a cultural and society de-construction process and come out with a deconstructed sense of social norms such as, thinking that living in two different foreign countries is a perfectly normal scenario, even an ideal one!

So just how does that process occur, that a couple go from believing that together they would make a brighter future in a new country to believing that apart they would live comfortably in two.  There are a few steps in the process, step one, you arrive in new destination together, you set up home together, one person invests heavily in their career, climbing the ladder, building infrastructure for 2022 and making Qatar great.  The other invests heavily in their community, settling the kids into their community, making friends, climbing the stairs every night knackered, from building a home for their family in a foreign country that isn’t their ‘home home’, but is showing signs of becoming a good replacement.

Over time, the builder of Qatar develops apathy to Qatar, as they realise building Bangladesh, Bahrain or Bristol would be much the same. The builder of the home, develops and appreciation, even lest I say, a love for Qatar and they see the benefits of living in Qatar over Brunei, Bogota or Birmingham.

Over more time, the builder of Qatar is almost finished their mission and is offered the ‘opportunity’ of being tasked forced out to say, Egypt, before the ‘experience’ of going home to the northern most tip of Scotland in the middle of winter with three kids and a suitcase packed with flip flops.  Opportunity wins, the lure of bigger better project, just a little further away, just a little bit more ‘foreign’ than Doha, it wouldn’t last forever and would be a great entry in the CV.

The builder of the home, has created a nice little nest. It took time and patience but at last the kids are settled, they have friends, they have a community and staring the end of the contract in the face, they are slow to offer it up for an ‘opportunity’ in Egypt. Slower still to swap it for a term at ‘home home’ in the freezing cold, with no friends for the kids and no disposable income to afford a life as comfortable as what they lived in Doha; making Cork, Edinburgh or Manchester are equally as unattractive as Egypt.

Right at the time when Qatar builder says that a move is the only thing thats makes sense,  home builder decides that staying where the kids are happy and settled and life is good is the only thing that makes sense.  Between the two, the conclusion can only be one thing.  One moves away for the opportunity and the other stays behind for the kids.   ‘you’ll be grand in Egypt’ she says, ‘I won’t get over much but you’ll be over on both your days off a month’.  And the new end to the old fairytale,’Bill and Jenny live with their three kids all from Dundee, live happily ever after in Doha and Egypt’.

One thought on “Happy Ever After, Apart” 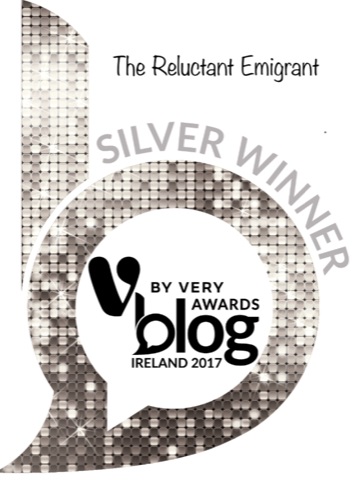